In 1923, with the advent of Mr Wyatt, the field became a difficult 18-hole Par 64 course. Both in 1907 and in 1923 there was the supervision of John Henry Taylor, a great English Professional of the time who won the 5 Open Championship.

In 1963, the then President Antonio Roncoroni called John Harris to redesign the course, which underwent a real revolution with the addition of 4 new holes and the modification of another 8. The Par grew from 66 (the old 64 that had undergone minor modifications) to 69.

Today the course has undergone, under the current Presidency, some further changes that have brought the par to 70. The plants have grown and the fairways have narrowed and the course is very delicate.

The motto “Far and Sure”, present on the emblem of the Circle, will seem very appropriate to any player facing the course for the first time. 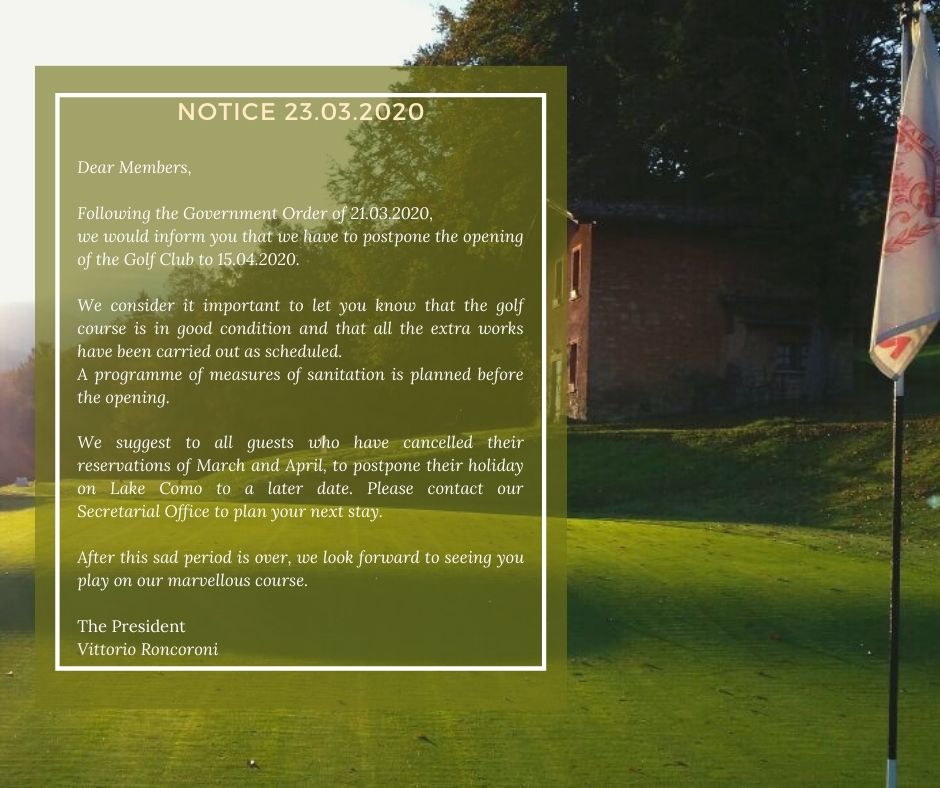 By registering you will receive promotions, discounts and you will always stay up to date on the latest news from the Menaggio & Cadenabbia Golf Club

This site uses cookies. By continuing to browse this site, you consent to the use of cookies.I ACCEPTMore information